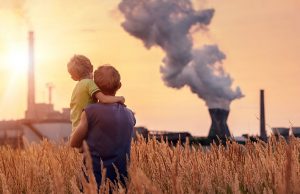 There’s no question air pollution is a public health issue. Most of us live near cities where emissions from cars and smokestacks damage our air and our lungs and hearts. Globally, the World Health Organization estimates 9 in 10 of us breathe substandard air. Now, there’s new evidence dirty air messes with our minds. Men are especially vulnerable to the effects, risking brain damage even after just a few weeks of exposure.

Researchers at Columbia University teamed up with researchers from Peking University. They studied the health of 954 white men from Boston with an average age of 69. 2 in 3 were former smokers. Nevertheless, none had chronic health conditions. All breathed in soot, also known as PM 2.5 pollution. Doctors tested memory skills, looking for signs of dementia. Turns out, the men exposed to “harmless” levels of soot 4 weeks before their tests performed worse on memory and speaking tests. Doctors theorize the soot triggers inflammation in the brain, which they believe can affect brain function and aging, even when the pollution concentration is deemed “harmless” for a short period of time.

The good news is that men who took aspirin or ibuprofen showed less effects from the soot. While doctors say it’s too early to suggest aspirin as a therapy for the effects of air pollution, they hope their findings show the urgent need for cleaner air, and that there may be a way to reverse the damaging effects of pollution on our brains.