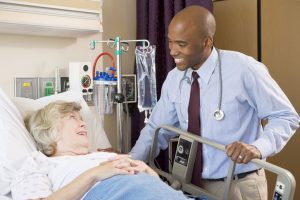 2 weeks ago, I told you here about FDA approval of a controversial, new drug to treat mild Alzheimer’s disease. Doctors have now administered Aduhelm , by infusion, to a handful of patients, including one from the Cleveland Clinic. The drug, a man-made anti-body , clears protein “clumps” believed to be the signature of Alzheimer’s, that disrupt memory and motor skills.

Since the approval, Congress has called for new investigations of both the approval of Aduhlem and its price, estimated by Biogen, to be more than $56,000 a year for a patient without insurance. Biogen officials defend the price, arguing it costs less than some cancer treatments, which can run $150,000 annually. And the head of the FDA has answered critics, arguing it expects Aduhelm to produce some “clinical benefit.”

Bigoen insists it will offer payment assistance programs “across a spectrum of financial situations.” However, with millions of patients potentally taking the drug, Medicare officials have signaled they are concerned about coverage, projecting to spend $29 billion a year on Aduhelm, more than the government budget for NASA. That figure could rise since patients may need to take the IV prescription drug monthly for the rest of their lives. Given that financial burden, critics fear Medicare could restrict access to Aduhelm.

Many doctors report being swamped by calls and emails from desperate patients and families, hoping to use Aduhlem. Doctors want you to know it doesn’t reverse Alzheimer’s, but might slow its progression. In addition, in clinical trials, 2 in 5 patients suffered brain bleeding, as a side effect. And, before you can get the drug, you will need a brain scan, which can cost $10,000 a year.

Biogen's success has prompted Eli Lilly to get a "Breakthrough Therapy" from the FDA for its new Alzheimer's treatment. Lilly is currently studying the effects and safety of Donanemab. This pill is targeted at patients with early symptomatic Alzheimer's. Lilly looked at the effects on 272 patients, and hopes that the results of its phase-3 study will lead to breakthrough treatment.

Learn more at: https://www.masslive.com/politics/2021/06/aduhelm-biogens-alzheimers-drug-stirs-hope-for-patients-worry-for-doctors.html and watch a video from the Cleveland Clinic at https://www.dropbox.com/s/wcjlss3zepl2q5a