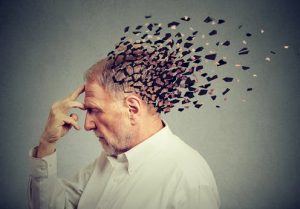 September is a big month in the quest to cure Alzheimer’s disease, which now afflicts 58 million Americans aged 65 and up. We hope you will get out and walk to raise money for this very worthy cause. Research is moving fast, and there is solid hope now for an accurate blood test that can detect Alzheimer’s from other dementias through a simple blood test.

Researchers at The University of California San Francisco report that 2 specific blood markers showed up in 90% of about 75 Alzheimer’s patients studied during 5 months in 2020. The markers, known as p-tau 217 and p-tau 181, appear to be more concentrated in Alzheimer’s patients, and distinguish the neurodegenerative disease from other forms of dementia. Scientists hope to produce a reliable, clinical version of the test within a few years.

Meanwhile, on another front, new developments for the first FDA approved drug to treat patients in the early stages of Alzheimer’s. The maker of Adulhelm, Biogen, is providing the controversial, highly expensive, medication free to some patients in Florida. Company officials said they hope the sample program kick starts infusion treatment, stalled by controversy over its $56,000 annual cost, and skepticism about its effectiveness. Several major insurance companies have still not agreed to cover every patient who uses Aduhelm. Neither has Medicare. Moreover, the Veterans Health Administration has refused coverage.

Congress is also evaluating the safety of the drug, which earned FDA approval after 20 years of research.